Let’s take a look of the broader effects on society that the changes in technological and economic conditions have brought about. The first step is to check out a list of products that were not previously available. A good starting point is the list in the previous blog post entitled “The Changes”. Then try to imagine what life would be like without them. In some cases, like no plastics, no smartphones and not having the Interstates, it is very difficult even to imagine. There is no question that many of the changes have made almost everyone better off.

That is certainly true for anyone who has adequate surplus, making it possible for them to purchase new products. It is also true for those who were pushed into upper-end of the income distribution as a result of the changes.

The role of the economic system is to provide the goods and services that consumers want most at a price that just covers the long run costs of production and distribution in the most efficient manner. When the market mechanism does not adequately perform that function, it opens up a possible role for government intervention. Just look at the recent pandemic and the chaos that has ensued. We’ll talk more about that later. 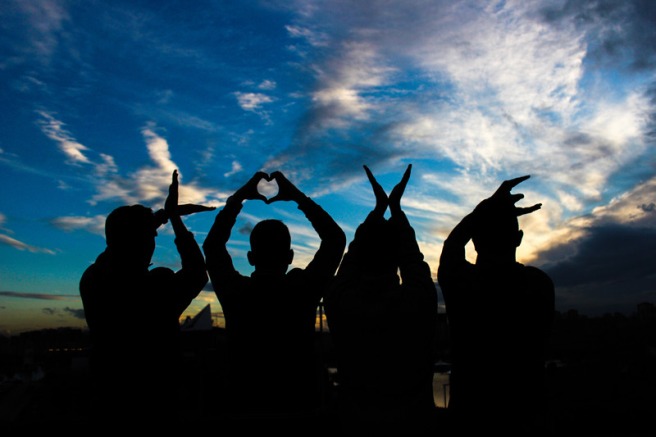 In a democracy the government is of the people, by the people, and for the people with liberty and justice for all. It is not a government controlled by the elite few who have been able to obtain a position of power, like a dictatorship, an oligarchy or by those at the upper-end of the income distribution.

Those who developed the new products and new processes of production deserve to be rewarded for the contributions that made others better off. However, often they have used their newly acquired additional surplus to engage in activities that push them even further into the upper-end of the income distribution and enable them promote their private agenda.

They often use some of their newly gotten gains — additional surplus — to promote and extend their market position and to engage in activities that are self-centered and designed to increase their surplus even further. By doing so they fail to take account of the members of society that have been harmed by their actions.

One of the functions of government is to take into account the well-being of all the members of society, not just an elite subset. It becomes more difficult when those at the upper-end of the distribution engage in activities that reduce their tax burden, or when they engage in activities that promote the company’s self-interest at the expense of other members of the population. This makes it more difficult for governments to perform corrective activities.

Perhaps it is time to view all members of society as part of the whole and to take them into consideration when deciding how to spend some of the additional surplus that was created as a result of the new technological and economic conditions and to help in their transition to the new circumstances.

It is important to recognize that direct and indirect effect of some of their actions and of the new technological and economic conditions that they have helped bring about is to mandate a reallocation of society’s limited resources. The old ways of doing things are no longer the best ways. Moreover, the changes have harmed some members of society and pushed them towards, and even into, the lower-end of the income distribution.

Their reduced surplus makes it harder for them to survive, especially in light of the fact that the new circumstances require additional expenditures on consumption.

It is interesting to note how many of those who were instrumental in the recent developments have used their recently acquired gains — their increased surplus — to increase their income even further, enabling them to move higher into the upper-end of the income distribution and to be able to promote their private agenda.

Let me suggest a different approach. It would be to acknowledge that we are all members of the larger Community — both the rich and the poor. Under those conditions and circumstances, wouldn’t it be a good idea for us to take responsibility for and take care of each other, especially when the changed conditions or the actions of some members of the community resulted in harm to others, regardless of whether it was intended or unintended.

When considering the effect of the use of the surplus from society’s overall perspective, clearly the consequences for the lower-end of the economic distribution is different than on the other sectors. That is especially true when the poor are not receiving enough of the essentials to sustain their livelihood or when a segment of the population who have been harmed by the changed technological or economic conditions have not been assisted in their transition to the new conditions.

Consequently, when considering the alternative uses of the surplus, a redistribution of a portion of it to those in the lower-end of the economic distribution is a relevant consideration. Not only will it improve their circumstances under current conditions, it will make it more likely that they will be able to make a greater contribution in the future.

In the segment of the PBS NewsHour Weekend on February 16, 2019 entitled “Haiti’s Resilience”, as Dr. Jean William Pape, Executive Director of Les Centres GHESKIO, a Medical Services provider in Haiti put it, “With privilege you have responsibility and the biggest responsibility you have is for the poor people. They know we are there for them, we are here with them and we are one.” He believes that they are the most laudable portion of the population.

The direct and indirect effect of the action of those who develop the new products and processes of production is to push a portion of the population into the lower-end income distribution. What if those who benefited were to acknowledge that we are all part of the Community and chose to use some of the additional surplus they accumulated to help those who were forced into the lower-end.

By addressing those inequities it is possible to have a more functional community, one that represents all of the people, not just an elite sub-sector.

One way to help accomplish that is for governments — local, state, federal and international — to engage in their appropriate roles. That includes providing public goods and services, like support for the indigent and establishing free elementary public education and free secondary education for qualified students at the higher levels. It would also involve that the governments make sure that companies who engage in activities that cause harm to other members of the society or who pollute the environment — what economists call the “externalities” — like contaminating waters downstream — compensate those who were harmed. The third function of government is to ensure that any company or individual that engages in anti-competitive or antisocial activities or actions that are in violation of the law are held accountable. The recent experience with the Boeing 737 MAX jet passenger airliner is an example.

The primary source of the funds that enable governments to engage in those activities are taxes. When companies and those at the upper-end of the income distribution do not pay their fair share of the taxes — what economists call “proportional taxation” — the net result is that the burden falls on others. As one example, check out the FedEx experience in the previous blog post entitled “The Winners and the Losers”. Government activities are also restricted when those that the upper-end of the income distribution are able to get laws passed that promote their private objective, like gerrymandering.

Public and private activities that improve the well-being of those at the lower-end of the income distribution acknowledges that they are part of the Community. Moreover, as a result it is more likely that they will be able to contribute to the well-being of others, currently and in the future.

Here are just some of the ways in the past that governments and individuals have used to make those at the lower-end better off:

Let me suggest a program similar to the RIP Medical Debt for he repayment of student loans. Let’ s begin the discussion with the realization that student loans would not exist if the government provided college education to all qualified students at institutions that met government standards. Furthermore, it is important to recognize that the loan exists at a time in one’s life when the loan, by its very nature, makes adjustment to the inevitable changes more difficult. Freedom from the loan would make it possible for her/him to make better choices, one’s that make it possible to have a better life.

Here’s a suggestion for getting around the college student loan problem. The first step is to set up a national nongovernmental organization (NGO) that establishes a national database that provides information regarding the outstanding college loans of all students. The database would be prioritized placing the neediest students at the top of the lists. The NGO’s goal would be to eliminate all student loans.

Volunteer participants who agreed to pay off individual student loans would be solicited. They would be assigned the student at the top of the list. Each volunteer would take on the responsibility of negotiating with the lenders, with the NGO’s assistance if they required it. Once the volunteer and the lender agreed on the amount of the settlement, the loan would be paid off. The lending institution and the student would walk away freed of the burden with their thanks to the volunteer who provided the funds. It is as if the volunteer “adopted” the student in order to make her/his life path easier.

Here is an added possibility. Namely, a law could be passed that made it possible for the volunteer to deduct a fixed percentage of the loan, say 90%, to be deducted from her/his income tax payment. The balance would go to the NGO to support its operations and to fund the database. It seems to me that might even be something that both Houses of Congress and both sides of the aisle could agree on. For additional details see my upcoming blog post entitled “A Student Loan Repayment Plan”.

In summary
When considering the effect of the use of the surplus from society’s overall perspective, one approach would be to consider everyone as part of the Community. Clearly the consequences of the recent changes for the lower-end of the economic distribution is different than on the other sectors. That is especially true when the poor are not receiving enough of the essentials to sustain their livelihood or when a segment of the population that has been harmed by the changed technological or economic conditions has not been assisted in their transition.

Consequently, when considering the alternative uses of the surplus, a redistribution of a portion of it to those in the lower-end of the economic distribution is a relevant consideration. Not only is it likely to be beneficial under current conditions, it could also improve everyone’s circumstances in the future as well.

The principles regarding surplus apply to individuals and households. They are also relevant for societies as a whole as well. We’ll talk more about that in a subsequent blog post.

One thought on “Surplus: Community”