After revisiting the previous blog post entitled Lesson from Lauren I realized there was an important additional lesson to learn. I’m 92 and never expected to be here. I’ve outlived everyone in my family, including my son, Paul. One thing is guaranteed. Sometime in the future I will die. That is true for each of us. I have no idea when that will be.

I do know that I am in the last chapter of the book entitled “My Life”. There is no way of knowing how long the chapter will be. Given my age is likely to be relatively short, 10 years at most. During that time I want to take responsibility for and take care of myself. When I 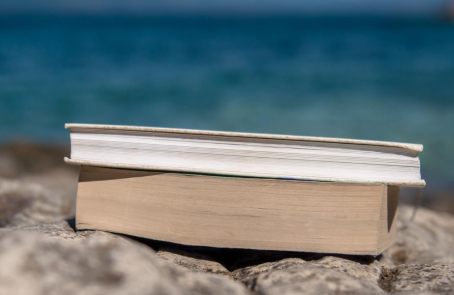 need assistance to fill the gaps that come along with aging, I want to be able to compensate those who provide that assistance. For more about the effects of those changes check out my prior blog post entitled Giving Up Driving.

The balance of my surplus will be devoted to hanging out and interacting with those who want to spend time with me and writing about the ideas I want to share with others, including my blog posts. I accomplish that by talking to my computer and editing on a large screen.

The COVID-19 pandemic as made many things more difficult. As a part of the more vulnerable segment of the population, I have decided to self-isolate. That along with my decreased flexibility in going where I want to go, how much rest I need, etc. requires more of my limited TERF. These days people have to come to see me or we have to Zoom or talk on the phone. We can’t just get together, go to a restaurant and hang out over a meal. I still go to the Farmers Market — with a mask on. That is all part of my current reality.

Each of us must choose the path that we are comfortable with, paying attention to the uncertainty that the new and novel Corona-virus brings along with it. That path determines the outcomes that we will face. Remember, that you always give up whatever else an alternative path using the equivalent amount of TERF would have provided. Whoops, there I go is an economist again.

I woke up one morning last week in a really comfortable place. At my age and stage I’ve pursued my objectives, developed fine relationships and look forward to what the future will bring. That includes hanging out with those who want to spend time with me and coming up with new ideas that I’d like to share with others — including blog posts like this one. But I sure do miss the HUGS.

For a while now I have been working on this series of blog posts entitled “Surplus”. One’s primary responsibility is to take care of oneself and fulfill any obligations and commitments that we have taken on. The remaining discretionary time, energy, resources and funds is our disposable TERF  — our Surplus. Only you can decide what you want to do with it.

The current coronavirus — COVID-19 — provides an important example of why it is necessary to take our surplus into consideration when making our decisions. The virus brings on a new set of circumstances, along with the accompanying uncertainties. Those new conditions affect the appropriate decisions. For example, if your income declines and you do not have additional surplus set aside, adjusting to the virus is difficult. It is my hope that this blog series, “Surplus” will provide you with a better understanding of the nature and consequences of the concept, so that the choices you make will be better for you.

When I was growing up in the 1930s and 40s, 20/20 meant that you had perfect vision. We’ve just reached 2020 and I just turned 92 years young. Obviously, 2020 now has a different meaning. Trust me, I never expected to make it to this age! Moreover, my vision is not perfect! In order to help it along I have

five pairs of glasses and a large monitor in order to read the large print on the computer screen. Just as a reminder, we did not have computers, the Internet, smartphones or GPS at the time.

Over my 92 years I’ve gotten considerable experience. In spite of that, there are a very few things I can assure you of. I do know that sometime in the future I will die; that is a certainty. My extended experience does give me a somewhat different perspective on things, and that is what I enjoy sharing with you all in my blog. My sincere hope is that my posts will improve your understanding of the things that are important to you.

Welcome to 2020, the opening of a new decade. One filled with chaos and hostility. Let’s hope that at the beginning of the next one, 10 years from now, we have arrived at a very different position, like the one advocated by Wendell Wilkie when he ran for President sixty years ago. Namely, that we are all part of “One World”. Let’s make it a world filled with Peace and Love. I’m not sure whether I’ll be around to see it, but I’m committed to working towards building a world community based on reciprocal love and respect. Let’s work together to see if we can make it happen. 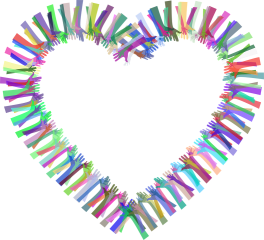 As human beings we are largely all alike, 99.9  percent of our DNA is the same.  Despite the differences in gender, sexual orientation, appearance, our skin color and the shape of our eyes and nose, etc., we have far more in common than different. Nonetheless, each of us is different. We all have different combinations of genes, skills, strengths and weaknesses, background and experiences. Those differences make it possible for us each to make a unique contribution.

There has been a recent rash of anti-abortion legislation. Some States have made it illegal to have an abortion once the fetal heartbeat can be detected, which can occur before the woman even knows that she is pregnant. Let’s take a closer look at the consequences — on the woman, the child and society — of making it illegal for a woman to have an abortion when she would elect to have one.

Regardless of the circumstances that led to the pregnancy, making it illegal for a woman to have an abortion puts her in a very difficult position. Because the decision is forced on her, this changes her life, lifestyle and her life path. It places her decision in the hands of others. She and the child bear the consequences and the burdens of the unwanted pregnancy. Typically, she receives little or no additional support or help adjust to the decision that was forced upon her. Much of the time the man, who is also responsible for the pregnancy, is not held accountable for the results of his actions.

The unwanted pregnancy also has important additional consequences. Each of us, as adults, is responsible for taking care of ourselves on a daily basis. That obviously becomes more difficult for a woman in the case of an unwanted pregnancy. That responsibility is present regardless of her age and marital status. It is even more difficult to fulfill when she is single, a teenager, or the victim of rape or incest. If she elects not to put the child up for adoption, that added burden of raising a child she didn’t plan on having, continues until both are adults. Under any of those circumstances not allowing her to have an abortion when she wants one, clearly, places an additional burden on her and the child.

END_OF_DOCUMENT_TOKEN_TO_BE_REPLACED

When our predecessors broke away from Britain in the late 1700s they set up a government of the people, by the people, and for the people — a Democracy. The governmen

t has three branches, the Executive, Legislative and Judicial. They are designed to help ensure that no one branch has control over the government.

Looking around the world today in many countries, both large and small, we see the government under the control of a ‘strongman’ — dictator, despot, demagogue, autocrat and oligarch — call him what you will. Frequently they have the support of the Military. Many will do anything to remain in power. Our country — the United States of America — was designed to help ensure that does not happen here.

The late 1800s brought about significant technological changes. Steam engines brought along with them locomotives, the railroads and steamships. Internal combustion engines led to the development of automobiles, trucks and tractors. Electricity added lamps and electric motors; and the telegraph and telephones. All were part of the Industrial Revolution. The new technology contributed to making ‘the people’ better off. They had new products that they could buy along with many more job opportunities and greater income. Initially, the changes remained largely within national borders. The changes also brought with them the “Robber Barons” who were relatively few in number. END_OF_DOCUMENT_TOKEN_TO_BE_REPLACED

Based on the new information that has surfaced about Judge Brett Kavanaugh, I have some additional thoughts. Instead of taking an adversarial position, Kavanaugh could ask President Trump to order an FBI investigation of the claims of sexual assault. That would help resolve the controversy and put the facts on the table. If President Trump refused, he could withdraw his name from consideration for the nomination. That action would say a lot about the integrity of the nominee and would be exactly the type of person I would like to see as a Justice on the US Supreme Court.

Additionally, any Senator who votes to push through the nomination of Judge Kavanaugh before reviewing the facts and allowing for ‘due process’, undermines an important historic role of the Senate. Again, it promotes his/her private agenda and makes them complicit in what appears like a possible cover-up.